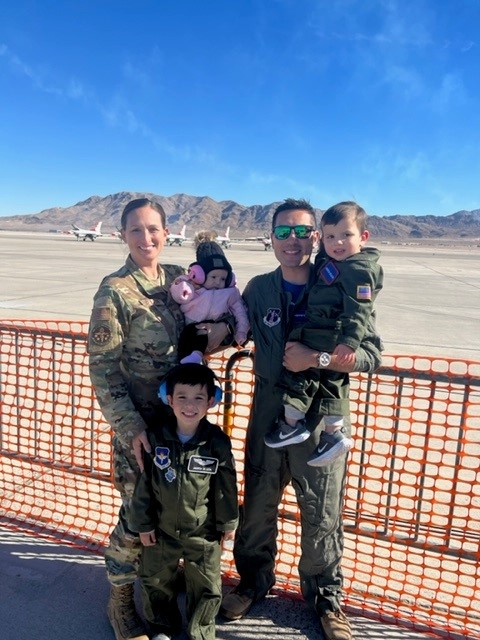 Major Emily De León, DSc, MPAS, PA-C, is a General Surgery PA currently stationed at Nellis Air Force Base in Las Vegas, Nevada. She graduated from the U.S. Air Force Academy with a Bachelor of Science Degree in Behavioral Sciences (psychology). During her Air Force career, she has been stationed at 8 bases from coast to coast and has deployed twice. One of her most memorable assignments was when she was stationed at the Pentagon working with Wounded Warriors, which ultimately inspired her to pursue medicine. She attended the military’s PA school (IPAP) and graduated with second Bachelor and Master’s Degree in Physician Assistant Studies. She recently completed her Doctorate of Science Degree in Physician Assistant Studies at Baylor University as well as her Surgical PA Fellowship at San Antonio Military Medical Center in San Antonio, Texas. Prior to becoming a Surgical PA, she was a Primary Care Manager in family medicine for 3 years.

While in PA school, she met her husband Andrew and they have three beautiful children, Mason, Jaxson, & Charlotte and one rescue German Shephard, Ranger. In her spare time, she enjoys traveling, cooking, and spending time with her family. She enjoys teaching and is a preceptor for PA students in the IPAP program, surgical residents, and family medicine residents during their surgery clinical rotations at Nellis AFB.

- The Pentagon, Washington D.C., 2011-2014: Mortuary & Casualty policy, Protocol policy, and Executive Officer for HQ/A1S with a deployment to Djibouti, Africa as the J1 for SOCFWD-EA

Air and Space Commendation Medal with one Oak Leaf Cluster

*SAFPA is an AAPA Chartered Chapter*